It is often frustrating and demoralising to raise equity capital for your startup.

It is often frustrating and demoralising to raise equity capital for your startup. However, if you succeed, you walk away with money that can help you grow your startup funding into everything you hope it will be. For this reason, fundraising can become a round that often takes longer than expected, which is one of the founders' significant challenges. In addition, it is hard for a founder to convince other investors to invest thousands, and possibly millions, of dollars in their startup. That being said, it should never demoralise you. Many different opportunities—such as Series A, B, and C funding options—are at your disposal, and Debite is at your side, as always, to make business funding for startups easier.

Fundamentals First: What Is a Funding Round?

A funding round is how startups raise money. After a startup proves its probability of success and grows a customer base, it undergoes several rounds of valuation that increase in value.

Startups can receive funding through a variety of funding rounds. The most common startup funding rounds are Seed, Series A, B, and C. There are additional rounds, but these first rounds are essential for early-stage startup growth.

Planting the Seeds of Your Startup: Seed Funding

You can consider the first money that passed through the hands of your business as seed funding. The name is self-explanatory. Taking advantage of this money can be seen as planting seeds that will eventually grow into trees due to your success. You can count on this money to implement a detailed product development or market research process. Many other necessities that come along with the first steps of having a startup business can be addressed thanks to this initial seed.

Where Can You Find Seed Investors for Your Startup?

A startup’s first round of funding may come from family and friends, angel investors, incubators, and venture capital firms that focus on early-stage companies. Investors, particularly angel investors, are often involved at this stage. Startups usually end up at the hands of some courageous business person ready to tackle the challenges along the journey. Their business model will fail if they cannot gain traction before the money runs out (also known as running out of runway). Some startups, however, decide they don’t need to raise more money, while others choose to stop raising funds through funding rounds because they’ve reached their seed goal. However, It is not that easy to secure this initial source most of the time. Many people on the internet look for possible ways of achieving this dream and often struggle to find a solution. But have no worries! Debite will definitely make this process reasonably easy for you and your startup, thanks to its financing offers from £5K up to £50K. It allows you to extend your runway with the 12-month instalment refund option.

How Ready Your Business Should Be for Startup Series Funding

If you’re looking for seed money, your business should be further along than before. Although the borders between pre-seed and seed investment might blur at times (especially for digital firms), the following are some of the milestones you should achieve before raising a seed round:

Many businesses already have some revenue—as much as a few hundred thousand pounds per year—but this isn’t necessarily essential. On the other hand, you should have proof that people enjoy your business and want to use it.

Three series (A, B, and C) emerge as the most significant specific ways of achieving funding after the pre-seed and seed rounds.

Once a business has progressed through the seed stage and gained some traction—whether in terms of users, profit, views, or whichever KPI they’ve established for themselves—they’re ready to raise a Series A financing to help them take that next step.

Startups require a business model in a Series A round, even if they haven’t done so. Later, they need to utilise the funds to boost revenue.

How Much Money Gets Involved in Series A Funding

One investor who anchors the round generally leads the Series A and subsequent rounds. Getting that initial investment is critical since entrepreneurs will frequently discover that subsequent investors will follow after the first one has committed.

Losing that initial investor before the round is closed, on the other hand, might be disastrous because other investors may withdraw as well.

Venture capital firms are the most common source of Series A investment; however, angel investors may also be involved. In addition, more businesses are turning to equity crowdsourcing for seeking Series A fundraising.

Not all businesses can get a Series A round investment. Even firms that have raised a seed round might struggle to get series A financing due to a phenomenon called the “Series A crunch.” However, securing a certain amount of financing with Debite may help you go through this phase much more effortless.

A firm that has reached the stage of raising a Series B financing has already discovered product/market fit and requires assistance in expanding.

The primary concern is whether you can scale up the firm you’ve built. For example, is it possible to grow from 100 to 1,000 users? How about a million pounds?

After a Series B investment, the firm expands by getting more clients and expanding its personnel to support that growing customer base.

Any startup that wants to compete must employ exceptional individuals in various areas. Because the entrepreneur can no longer “wear all the hats,” raising enough funds is critical to pay competitive compensation.

How Much Money Gets Involved in Series B Funding

The Series B round typically ranges from £7 million to £10 million. Companies could expect a valuation of £30 million to £60 million.

Venture capital companies often provide Series B investments, frequently the same investors who drove the prior round. Because each round results in a new value for the firm, earlier investors frequently prefer to reinvest to ensure that their slice of the pie remains considerable.

Companies at this level may also be interested in venture capital firms, which finance late-stage startups.

Companies that reach the Series C investment level perform exceptionally well and are poised to grow into expanded areas, acquire other firms, or create new products.

Typically, Series C firms want to push their product outside their native country and into an international market. They may also want to raise their valuation before implementing an Initial Public Offering (IPO) or acquisition.

Series C is frequently the final round a firm raises, while some get to raise Series D, Series E, and even Series F rounds—or even beyond.

A Series C round, on the other hand, is more commonly seen as the final effort to prepare a firm for an IPO or takeover.

How Much Money Gets Involved in Series C Funding

Startups generally raise £25 million for their Series C round. Series C firms are typically valued somewhere around £100 million and £120 million, while they can be worth considerably more, especially with the rapid proliferation of “unicorn” startups.

As the firm and product have established themselves, significant financial entities may opt to invest at this stage in the startup lifecycle. Although this is not compulsory, previous investors may opt to contribute extra money in the Series C stage.

Funding has never been an easy process for startup owners. However, making the startup funding process much more comfortable is equally possible. Especially with Debite, a simple solution for saving up to 30% on your subscriptions by giving you upfront cash. By doing this, you can acquire every tool you need to reach your business goals faster than you think, leading to a hockey stick growth, an investor favourite growth graph.

Tailored to early-stage and high-growth startups in the UK, Debite’s corporate card with built-in instalments has up to 20x higher credit limits than traditional banks.

Earn 4% cashback on all your spend!* 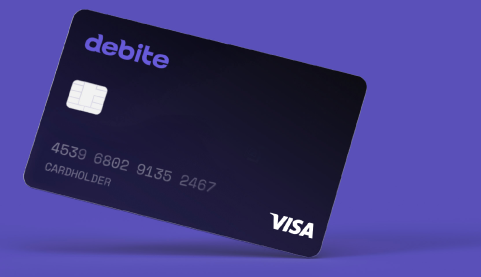